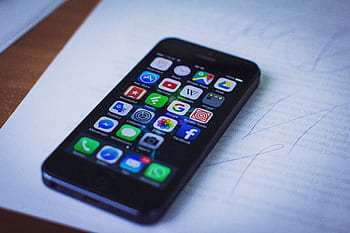 3 Apps to make your life easier...

I remember a conversation I had sometime in the late nineties, I was chatting with Ian, one of the grad students I used to hang out with when I was finishing my undergad. We were drinking coffee in the Brass Taps and Ian was extolling the virtues of the camera he just purchased. Then Ian said something quite prophetic, he said, "I know it's stupid to buy a camera when pretty soon this thing," he was shaking his cell phone in front of his nose, "will include all this technology stuff. Of course, Ian was right. Now most of our phones include multiple cameras, more computer power than most 1990's desktop computers, and access to an ever-growing library of applications each one of which is designed to address one or more of life's little problems.  Here is just a small sample of those apps that I have found particularly helpful when it comes to a few of those nagging problems.  They're not the most entertaining apps, but I think you'll agree if you give them a shot, they definitely make life a little bit easier.

Off the top of your head, how many grams are there in an ounce? How many millilitres are there in one cup? What about the number of square feet per square metre? If you're like me, your work, your hobbies, and life in general often requires you to bounce back and forth between different units of measure and, unless you've memorized all the different conversion formulas and ratios your left to either ask Google, or just guess.

Equate is a super-handy conversion calculator that this both comprehensive--that is, I don't think there's any measurement you won't be able to convert nor is there any unit of measurement you won't be able to convert into--and easy to use. Whether you're converting gallons to litres, Celsius to Fahrenheit, or BTUs (British Thermal Units) to kWhs (kilowatt hours), Equate has you covered. Of course, the app also functions as a scientific calculator which allows you to combine conversions with calculations. So, let me tell you about the day I drove out to the casino to pickup my daughter from work. The shift ended at midnight. I showed up about five minutes before. By twelve-twenty I was mildly pissed off. By twelve-forty I was down right petrified because my over-active imagination was busy inventing new abduction scenarios. Of course, I called my daughter's phone, no answer. I called the shop, straight to voicemail. Without a word of a lie, I was dialling the police when my daughter hopped in the car and apologized for being so late. If you've ever had an experience like this, Life360 is the app for you.

Life360 allows its users to locate the phones of other users in your network who have installed the app. This can be extremely helpful when you need to locate a loved one who's unable to answer the phone. Family members at work or school where answering the phone is frowned upon; that loved one who drives a motorcycle and physically can't confirm that yes, they are still alive and on their home; and, that kid who's just being stubborn and refusing to answer the phone; Life360 offers a little piece of mind in all these situations. And yes, users can easily turn the functions off and back on again to protect their privacy. Perhaps you've figured out by now that at least part of the theme of this article is how to make adult things more tolerable. Expenses follows in that same vein, it makes tracking everyday personal and business expenses easier by allowing the user to log and categorize their expenditures by simply photographing their receipts. The OCR functions built into the app reads the receipts. In all honesty, Expenses is effectively a scaled down and free version of the QuickBooks which is, if you can afford it, an even better app that integrates smoothly into your tax filing.

None of these apps are going to keep you spell bound or mentally stimulated for hours on end. What they will do is relieve a considerable lot of inconvenience.
General Interest
Loading Comments
Back